Professor Paul Thursday - What Are Atmospheric Rivers? | weatherology°
This website uses cookies to improve your user experience and for analytical purposes. By clicking the "Accept & Close" button, you agree to the storing of cookies on your device while using this site. Please see our privacy policy to learn more about how and why we use cookies.

The term “atmospheric river” is something that has been talked about more often in recent years. In reality, it is not a new weather phenomenon. Atmospheric rivers have always been at work in the global climate system. They are an important piece of the global water cycle and distribution. Through years of satellite and radar data collection, along with the improved analysis by forecast models, their presence has been confirmed and become more clearly defined.

In the global climate system, the greatest amount of atmospheric moisture is found in the tropics. In this area near the equator, consistently warm ocean and air temperatures allow for a high amount of evaporation to occur, resulting in higher amounts of water vapor in the atmosphere. For this reason, the source (or headwaters) of an atmospheric river is nearly always located in the tropics.

When major low pressure systems develop in the mid-latitudes (the region around the globe located from 30 to 60 degrees north or south of the equator) they can, at times, tap into this plethora of moisture in the tropics, and draw it northward. Through years of research, it was noted that these focused moisture plumes are present during the most significant rain and snow events. This moisture-laden level of the atmosphere sets up several thousand feet high in the atmosphere. They are oftentimes over 1000 miles long and anywhere from 250 to 600 miles in width. The amount of water vapor that is transported in a strong atmospheric river can equate to 10 to 15 times the amount of water that flows out of the Mississippi River into the Gulf of Mexico. 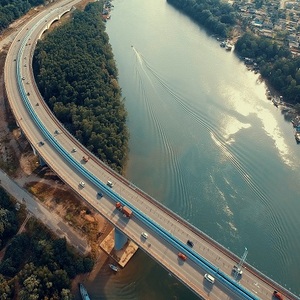 Atmospheric rivers can transport up to 15 times the amount of water that exits the Mississippi into the Gulf Of Mexico!
Next
Professor Paul Thursday - Why Is The Sky Blue?