Ice Ages: A Tectonic Trigger | weatherology°
This website uses cookies to improve your user experience and for analytical purposes. By clicking the "Accept & Close" button, you agree to the storing of cookies on your device while using this site. Please see our privacy policy to learn more about how and why we use cookies.

From rock scouring to valleys, moraines to erratics; evidence for ice age glaciers across the Northern Tier of the United States abounds. However, this most recent glaciation is only one of the three major ice ages over the past 540 million years of Earth’s history. Previously, scientists have put forward theories on the triggers for these global cold periods, ranging from variations in the Earth’s orbit around the sun, decreases in the Sun’s energy output, to fluctuations in ocean currents. One ice age trigger theory that has gained ground recently is plate tectonics. In a 2019 study from scientists at MIT, the University of California at Santa Barbara, and the University of California at Berkeley, it was found that when oceanic tectonic plates collide and ride up over continental plates in the tropics, this can trigger an ice age by lowering the global concentration of carbon dioxide in the atmosphere.

These pile-up collisions between oceanic and continental tectonic plates are called “arc-continent” collisions. After these collisions occur, tens of thousands of miles of rock, which were once on the bottom of the ocean, can be exposed to the atmosphere. As the rock gets weathered, the heat, humidity, and frequent rain in the tropics trigger a chemical reaction between the calcium and magnesium in the lifted oceanic rock with the carbon dioxide in the atmosphere to form limestone. Through this process, carbon dioxide gets removed from the atmosphere and stored permanently in the limestone. If enough oceanic rock gets exposed in the tropics, on the order of 1-5 million square kilometers, this can lower the atmospheric carbon dioxide enough to trigger an ice age in just a couple million years (very short in the geologic time scale).

Modeling the movement of the tectonic plates in a computer, the team found that all three of the major ice ages over the past 540 million years were preceded by arc-continent collisions in the tropics. However, when these same collisions occurred outside of the tropics an ice age was not triggered. This was because the environment was either too cold or too dry for the sustained chemical reactions to occur which could remove substantial amounts of carbon dioxide from the atmosphere. 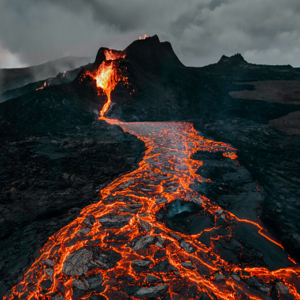 Tectonic activity, particularly in the Tropics, was found to play an important role in the onset of ice ages 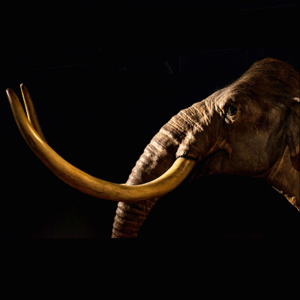 Mammoths, a genus of elephant-like species, went extinct at the end of the last ice age
Next
The Plastic Menace